“We need another and a wiser and perhaps a more mystical concept of animals,” the great nature writer Henry Beston wrote in 1928 as he contemplated belonging and the web of life. “In a world older and more complete than ours they move finished and complete, gifted with extensions of the senses we have lost or never attained, living by voices we shall never hear.” The geologist Hans Cloos, a contemporary of Beston’s, complemented the sentiment beautifully in reflecting on our conversations with the planet: “We translate the earth’s language into our own, and enrich the already bright and colorful surface of the present with the knowledge of the inexhaustible abundance of the past.”

As we learn to translate the language of nature, there is more than mere astonishment at what we uncover; at the knowledge — nascent to science, ancient to native cultures the world over — of what trees feel and how they communicate, or of how other animal consciousnesses experience the world. There is magic — the realest, rawest form of magic we can access in an unsuperstitious world grounded in science but willing to soar beyond it, into other, non-materialist modes of perception.

That is what ecologist and philosopher David Abram explores with equal parts scientific curiosity and reverence for native wisdom in The Spell of the Sensuous: Perception and Language in a More-Than-Human World (public library). 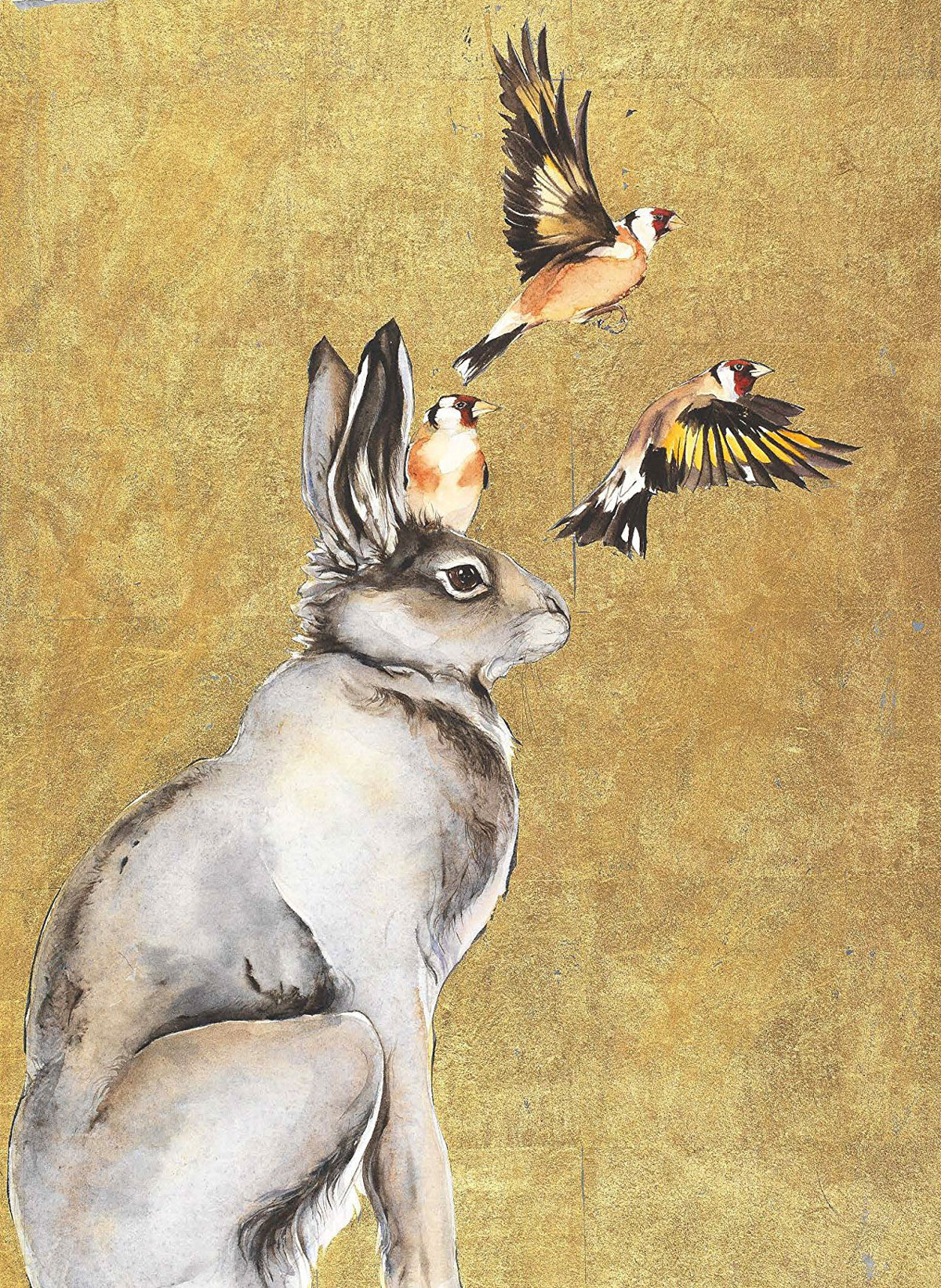 Magic… in its perhaps most primordial sense, is the experience of existing in a world made up of multiple intelligences, the intuition that every form one perceives — from the swallow swooping overhead to the fly on a blade of grass, and indeed the blade of grass itself — is an experiencing form, an entity with its own predilections and sensations, albeit sensations that are very different from our own […]

Caught up in a mass of abstractions, our attention hypnotized by a host of human-made technologies that only reflect us back to ourselves, it is all too easy for us to forget our carnal inherence in a more-than-human matrix of sensations and sensibilities. Our bodies have formed themselves in delicate reciprocity with the manifold textures, sounds, and shapes of an animate earth — our eyes have evolved in subtle interaction with other eyes, as our ears are attuned by their very structure to the howling of wolves and the honking of geese. To shut ourselves off from these other voices, to continue by our lifestyles to condemn these other sensibilities to the oblivion of extinction, is to rob our own senses of their integrity, and to rob our minds of their coherence. We are human only in contact, and conviviality, with what is not human. 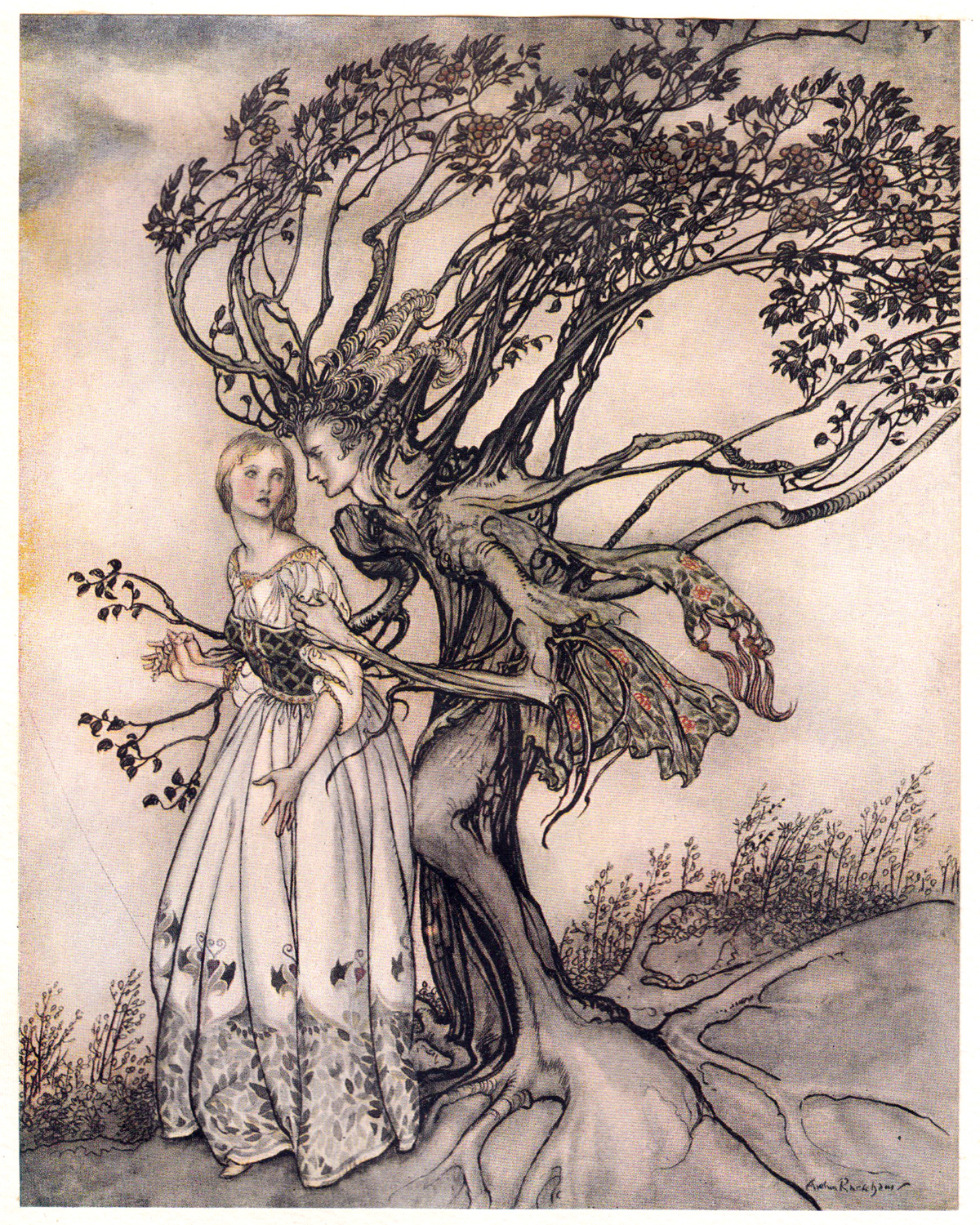 Illustration by Arthur Rackham for a rare 1917 edition of the Brothers Grimm fairy tales. (Art available as a print.)

And yet a defining feature of what makes us human — our imagination — is predicated on a recognition of this sensorial interrelation. Two centuries after William Blake wrote in his searing defense of the imagination that “the tree which moves some to tears of joy is in the eyes of others only a green thing which stands in the way, [for] as a man is, so he sees,” Abram writes:

That which we call imagination is from the first an attribute of the senses themselves; imagination is not a separate mental faculty (as we so often assume) but is rather the way the senses themselves have of throwing themselves beyond what is immediately given, in order to make tentative contact with the other sides of things that we do not sense directly, with the hidden or invisible aspects of the sensible.

Echoing naturalist John Muir’s poetic observation that “when we try to pick out anything by itself, we find it hitched to everything else in the universe” and philosopher Alan Watts’s admonition that “Life and Reality are not things you can have for yourself unless you accord them to all others,” Abram considers the relationship between perception, sensation, and reality beyond our isolated experience:

The “real world” in which we find ourselves, then — the very world our sciences strive to fathom — is not a sheer “object,” not a fixed and finished “datum” from which all subjects and subjective qualities could be pared away, but is rather an intertwined matrix of sensations and perceptions, a collective field of experience lived through from many different angles. The mutual inscription of others in my experience, and (as I must assume) of myself in their experiences, effects the interweaving of our individual phenomenal fields into a single, ever-shifting fabric, a single phenomenal world or “reality.”

And yet, as we know from our everyday experience, the phenomenal world is remarkably stable and solid; we are able to count on it in so many ways, and we take for granted much of its structure and character. This experienced solidity is precisely sustained by the continual encounter with others, with other embodied subjects, other centers of experience. The encounter with other perceivers continually assures me that there is more to any thing, or to the world, than I myself can perceive at any moment. Besides that which I directly see of a particular oak tree or building, I know or intuit that there are also those facets of the oak or building that are visible to the other perceivers that I see. I sense that that tree is much more than what I directly see of it, since it is also what the others whom I see perceive of it; I sense that as a perceivable presence it already existed before I came to look at it, and indeed that it will not dissipate when I turn away from it, since it remains an experience for others — not just for other persons, but… for other sentient organisms, for the birds that nest in its branches and for the insects that move along its bark, and even, finally, for the sensitive cells and tissues of the oak itself, quietly drinking sunlight through its leaves. It is this informing of my perceptions by the evident perceptions and sensations of other bodily entities that establishes, for me, the relative solidity and stability of the world. 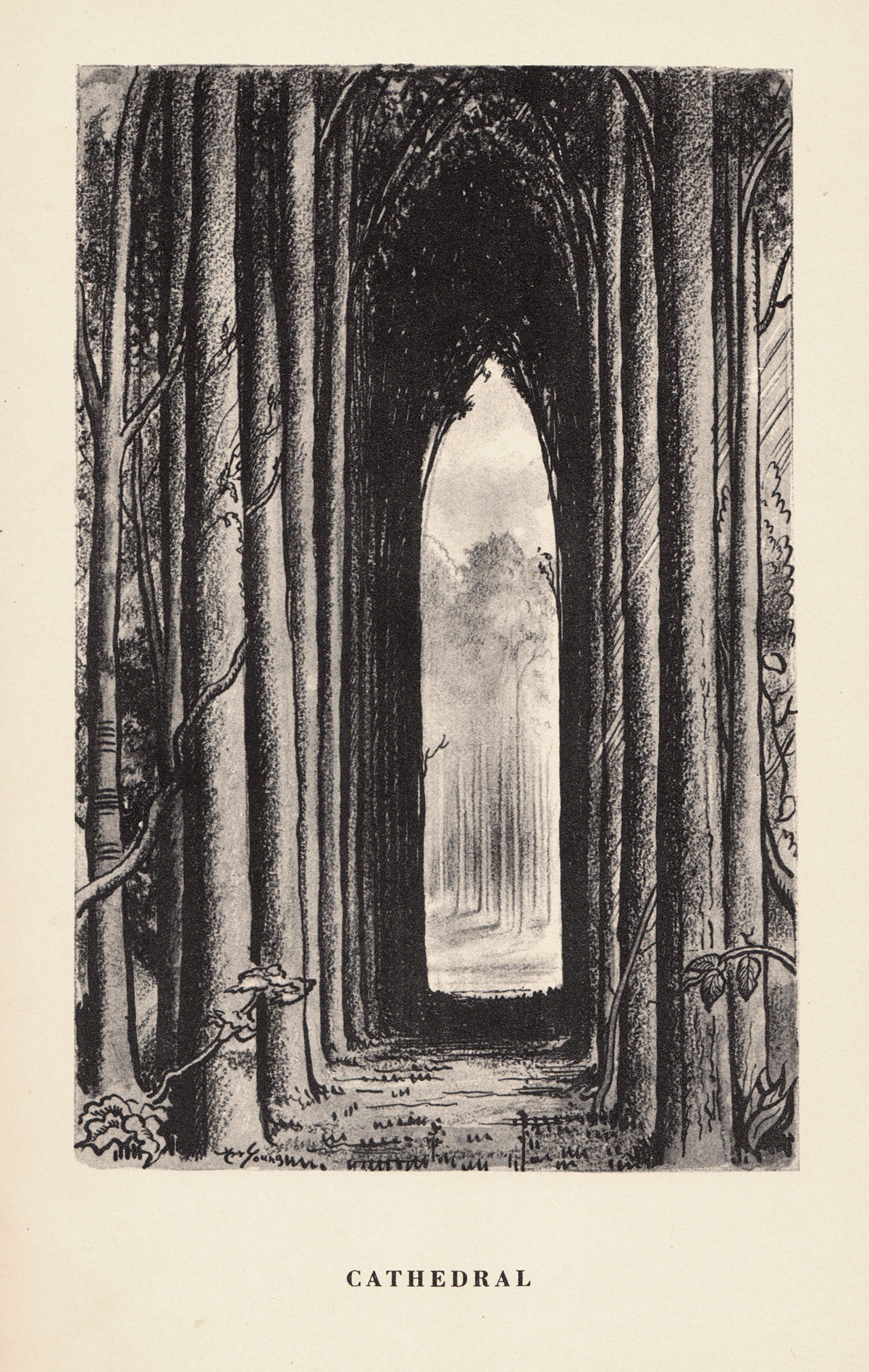 This recognition of the reality of other experiences calls to mind the distinction philosopher Martin Buber drew nearly a century earlier between the I-It and I-Thou orientations toward what is other than oneself. And this recognition, Abram argues, is the key to redeeming our connection to the rest of nature and the more-than-human world, so artificially severed in modern Western culture. “We call it ‘Nature’; only reluctantly admitting ourselves to be ‘Nature’ too,” Denise Levertov captured this modern hijacking of our essence in her exquisite poem “Sojourns in the Parallel World.” Abram considers what it takes for us to heal the artificial severance into parallels and re-intersect our own experience with the manifold realities of that “other” world:

Direct, prereflective perception is inherently synaesthetic, participatory, and animistic, disclosing the things and elements that surround us not as inert objects but as expressive subjects, entities, powers, potencies. And yet most of us seem, today, very far from such experience. Trees rarely, if ever, speak to us; animals no longer approach us as emissaries from alien zones of intelligence; the sun and the moon no longer draw prayers from us but seem to arc blindly across the sky. […]

We may acknowledge, intellectually, our body’s reliance upon those plants and animals that we consume as nourishment, yet the civilized mind still feels itself somehow separate, autonomous, independent of the body and of bodily nature in general. Only as we begin to notice and to experience, once again, our immersion in the invisible air do we start to recall what it is to be fully a part of this world… This breathing landscape is no longer just a passive backdrop against which human history unfolds, but a potentized field of intelligence in which our actions participate.

In the remainder of the altogether enchanting The Spell of the Sensuous, Abrams visits with various native cultures to learn from their wisdom and mirror it back through the lens of a more-than-scientific understanding of the world. Complement it with a lovely illustrated dictionary of poetic spells reclaiming the language of nature, then revisit the great marine biologist and poetic science writer Rachel Carson, who awakened the modern ecological conscience, on science and our spiritual bond with nature.